As you may have noticed, today’s post is shorter and later than usual, and that’s partly because of some distractions related to that hurricane you’ve probably heard about. Over the weekend, I took a little time out of preparing for the oncoming storm to write a single-serving web application called powerup. 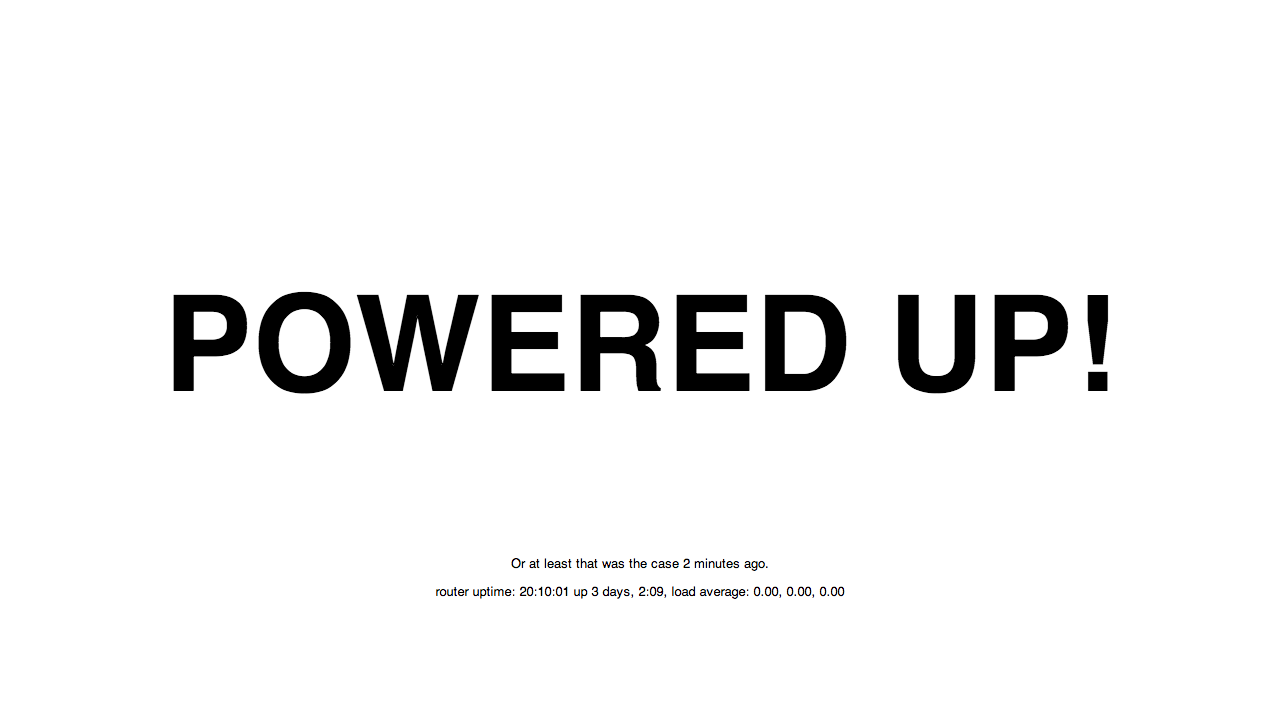 A single-serving site is a web site that’s focused on doing just one thing, to the exclusion of all others. One of my favorite examples is downforeveryoneorjustme.com, which does what it says on the tin: it tells you if a website is down for everyone, or just you. I made my single-serving site to answer a simple question: is the power on at home?

After July’s derecho, my home was without power for five days. So spending time in air-conditioned places became a top priority, but finding out whether the power had come back on at home became a chore. When Hurricane Sandy was likely to pass through my area, I expected to be without power again, so I whipped up this application which tells me just one thing: if the power is on. More technically, it tells me whether my router at home can connect to an outside server, but for my purposes they’re basically the same question.

Now, I didn’t actually lose power (a surprising development), so powerup didn’t turn out to as useful as I imagined it would. But finding an irreducible unit of information, below which is meaningless and above which is superfluous, is a satisfying and powerful exercise.

Irreducibility shouldn’t be the only objective when trying to share information with people, but that irreducible unit of information is a thing worth having. It can be the nucleus at the center of a larger application, presentation, or document. While a single serving site may not be a practical approach in all or even most cases, thinking about what the single serving site of your topic would look like isn’t a bad place to begin.

4 thoughts on “A Single Serving of Unnecessary Hurricane Preparation”